Visiting Your Favorite Temples In Europe

There are some gorgeous temples for the Church of Jesus Christ of Latter-Day Saints spread all across your favorite vacation spots in Europe.

Spending a semester volunteering in Europe means time off during the week for some serious exploring and saving weekends + vacation days to hit all of your favorite countries in this part of the world. We have had ILP volunteers visit a dozen (or more) countries during their ILP semester, and have the opportunity to visit temples for the Church of Jesus Christ in quite a few of those vacation spots. You can do the same on your own ILP semester!

Want to know where you can volunteer with ILP?
Get a list of our countries, here.

If you're hoping to add one of these template to your vacation list, this post is here to help you plan out where to go and how to get there, whether you want to see the temple in Finland or stop by the one in Madrid. We've broken things up into sections to make planning a bit easier, plus have a little intro about ILP if you're not too familiar.

A Bit About ILP

ILP — that's us! — has volunteer programs all across the world and quite a few locations dotted around Europe. We're a non-profit, Utah-based company focused on giving volunteers the chance to travel around while giving back by teaching English or helping in an orphanage. Being based in Utah, a high percentage of our volunteers are members of the Church of Jesus Christ of Latter-Day Saints (though you don't have to have any sort of religious affiliation to volunteer with us).

You can get a little more information about ILP as a volunteer opportunity for church members if you're interested in how attending church works, visiting temples, and countries to think about for your semester abroad. There will likely be other volunteers in your group who are members of the Church of Jesus Christ of Latter-Day Saints which could mean you have the option to visit a temple during your ILP semester!

And when it comes to temples in Europe, you have your pick. We've linked some of the most popular vacation spots that have temples nearby, as well as a list of all the temples in Europe if you'd like to use that to plan your vacations.

If You're In Scandinavia + Finland

Say hi to the first temple built in the Nordic countries! The Stockholm Sweden Temple is the 34th operating temple and comes with an interesting twist when you dive into the construction of this pretty building. While building the temple, ancient Viking graves were discovered, which halted construction for almost a year! The government needed to remove anything of value, but once they finished, construction could continue on. It was dedicated back in 1985.  Here's how to get to this temple and here's a link to read more about the Stockholm temple if you're interested.

Spending time in Stockholm? This post will come in handy.

Technically Finland isn't in Scandinavia, but it's widely considered part of that group of Nordic countries, so we're fitting Finland in with Denmark and Sweden. Located about seven miles northwest of downtown Helsinki, the Helsinki Finland Temple is the 124th operating temple. This temple was the third temple to be built in the Nordic countries, the second most northern temple (following the Anchorage Alaska Temple) plus is the first temple to be built in Finland. Get more info about the Helsinki temple here, and find directions to the Helsinki temple, right here.

Helsinki is one of my favorite cities for a few reasons. Hit all the highlights of Helsinki before leaving! 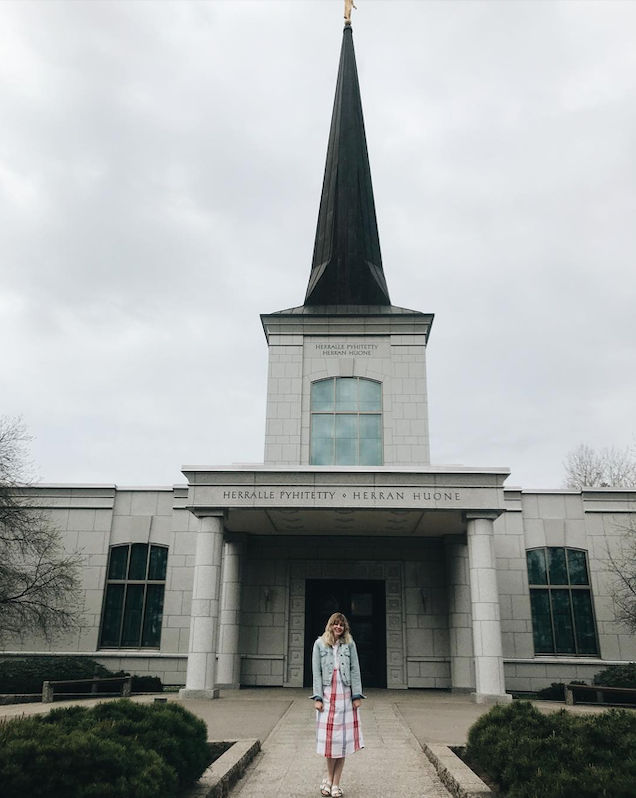 The Copenhagen Denmark Temple is the 118th operating temple in the world and comes with a pretty unique history. It is one of the few temples that was converted from a pre-existing building, along with being just the second temple to built in the Nordic countries. The Copenhagen temple isn't too far from famous tourist sites (just around a short walk + ride from Nyhavn, for example): it's easily reached via public transportation. Get more info about the Copenhagen temple here.

Interested in vacationing in Copenhagen? Here's what you can't miss. 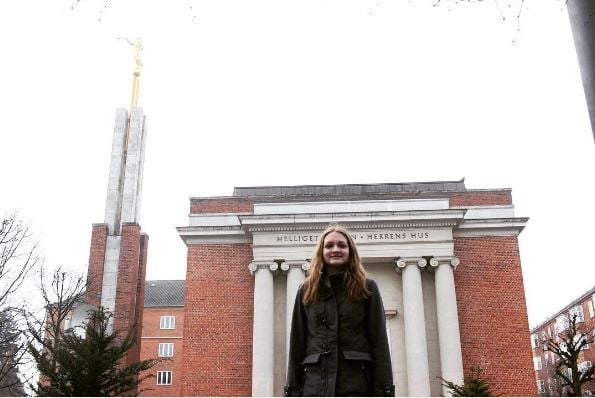 If You're In Western Europe

After a long process of approval, church officials were finally approved to build a temple in the ancient city. This temple opened in March of 2019 (more details here) and includes a pretty complex complete with a stake center, a visitor's center with a Christus statue, a family history center, and an accommodations center to provide lodging for the temple workers and patrons who traveled to Rome to visit this temple. It's a very popular addition to an itinerary in Rome.

Want a little history on this special temple? That post tells the whole fascinating story.

This gorgeous temple is rather unique if you pay attention to the architecture. Unlike most temples for the Church of Jesus Christ of Latter-Day Saints, it has no spires. The temple is found outside of the city of Paris (but close to another favorite spot, Versailles). We suggest spending some time in Paris then taking a day trip up to Versailles to explore that place, then see the temple.

If you're interested in seeing the hours and other details for this temple, check-in here.

The Lisbon Portugal Temple is the first temple in Portugal and opened in September 2019. Because the temple was announced in 2010, it was a bit of a wait, but well worth it. Before the temple was built in Portugal, members typically traveled to Madrid, Spain which was the nearest temple. Get the details about the Lisbon temple here.

While you're in town, check out our top things to see, do, experience, and eat while in Lisbon.

As the 56th operating temple, this temple is part of a complex with the Spain MTC (missionary training center), stake center, and a housing facility for the temple patron. The entire complex is often referred to as the "Temple Square of Madrid" and is a favorite highlight when visiting this beautiful city. Get details about visiting the Madrid temple here. And while you're in Spain, you should probably hop over to see Valencia and Barcelona, too.

Plan on spending your time admiring all the highlights of Amsterdam before hopping in a taxi to see the Hague Temple. Find a few details about visiting here, but you might be interested to know a little about the temple before visiting. The parcel of land the temple sits on is just large enough for the building, so instead of having an adjacent parking lot, you'll find a tiny little parking lot underneath the building that fits just 40 cars (and many bicycles).

Announced in 1952, this temple was dedicated 3 years later and has been serving the Swiss people ever since. The area is gorgeous, in typical Swiss fashion. I mean, the temple itself is a stunner, but add in the fact that it sits right at the entrance of a national forest, and you're sold. Another interesting thing to know? This was the first temple built overseas by the church of Jesus Christ. Find more info about visiting the Bern temple here.

And while you're here, I know you want to know what cities in Switzerland we love the most.

The London England Temple is the 12th operating temple and was the second temple built in Europe! (The first temple was the Bern Switzerland temple). This temple actually did not include an Angel Moroni until its 50th birthday in 2008, during its remodel, and if you stroll around the grounds, you'll find a huge oak tree that's more than 450 years old. You can look up temple hours, the address, and other details here.

Oh and while you're around, I know you want to everything about a trip to London. 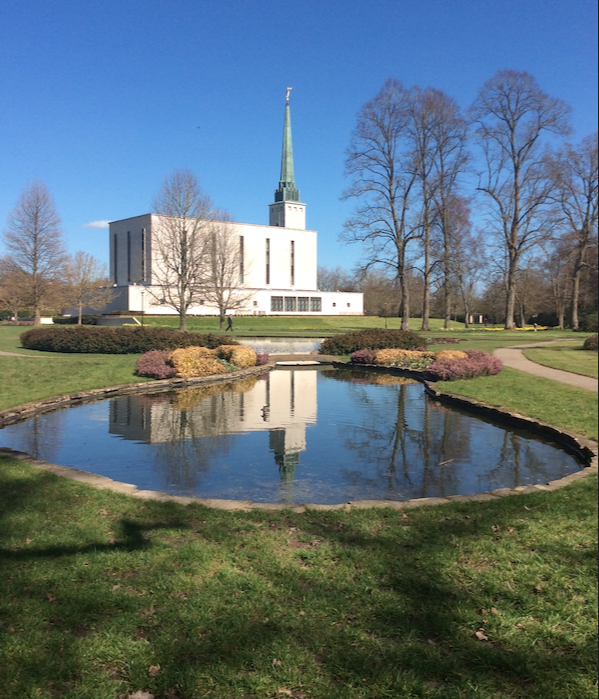 You can find the second temple in England in the north, near Liverpool and Manchester. The temple is home to a complex that includes a stake center, a missionary training center, a family history center, a distribution center, some patron housing facility, and temple missionary accommodations. After seeing the temple, don't miss touring the grounds (find huge trees, flower gardens, and reflecting pools). Find the details about the Preston Temple here.

If You're In Eastern Europe

Found just on the outskirts of the city, this is a favorite temple to visit for our ILP volunteers. In fact, volunteers based in this country see this temple often because a church building that some attend is just right across the street! It was announced way back in 1998 and was dedicated 12 years later, in 2010. You can get more info about the temple here, including opening hours and other details.

The Kiev temple is easily reached from the city (but you can get details on visiting the Kiev Temple on that post) .... however, we also think you'll want to have the total guide to Kiev, Ukraine for your visit. 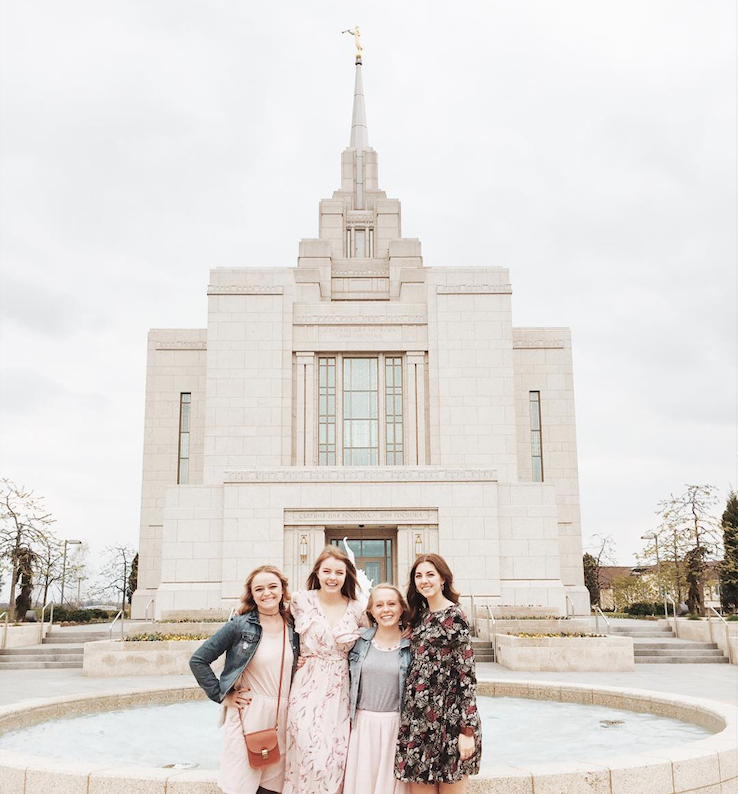 Russia Temple - Location Yet To Be Announced

President Russell M. Nelson made the historic announcement of Russia's first temple in 2019. The city has yet to be announced, but it is known that it would be built in a major city. Members typically travel to Helsinki, Finland for temple worship.

We love so many cities in Russia but think you should absolutely check out Moscow and St. Petersburg while you're visiting. Hopefully, the temple will be built with easy access to the locations our ILP volunteers love to visit.

No exact location has been announced and no groundbreaking yet but it's a very exciting addition for this part of the world! (This temple was announced in April 2019). Members in Hungary typically travel to the Freiberg Germany temple, so having one close to home is a happy thing indeed. This temple will be the 16th constructed in Europe.

Get more info about your trip to Budapest on this blog post.

You can find a map of the temples found in Europe here — the map lays out temples that are currently operating as well as those that are announced or under construction/renovation.

We're excited to hear that the following temple locations in Europe were announced in the April 2021 conference: 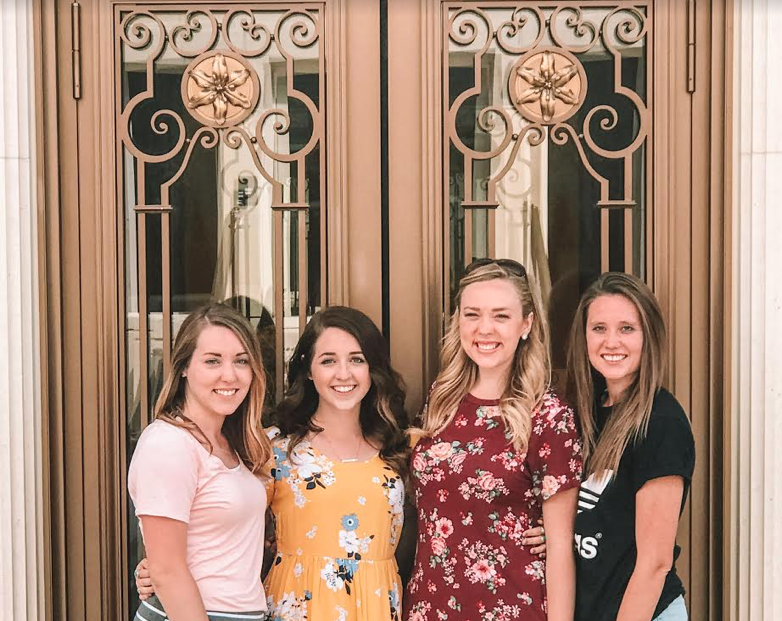 How about living in Europe while making a difference in the lives of children? You can do all that (and lots more) if you volunteer with International Language Programs! Plan on teaching English or volunteering in an orphanage part-time, and getting free time, weekends off, and vacation days to travel Europe (and temple hop).

*this post is subject to changes and updates. This post was last updated April 2021 to reflect recent announcements made at the corresponding conference for the Church of Jesus Christ of Latter-day Saints.