Looking For Vacation Spots Near Weihai?

Hey, hey Weihai volunteers! You may be pretty far north but that doesn’t mean you don’t have some pretty rad vacation spots nearby.
China is enormous. I mean, look at it — it’s huge.  And when it comes to vacations, that may cause a couple problems. No matter where you are, everything is really spread out which means you’ll need to take buses, trains and planes to see all the things on your China Destination List.

Want to see China for yourself?
Our free guide is packed with tons of info on how to make that happen.

If you'll be up in Northern China, near the city of Weihai, we have some of the prime weekend spots picked out for you. That way, you can save your vacation time for spots that are farther away, and get to experience some of the best undiscovered cities in China on a regular Saturday or Sunday. All these cities can be reached by train directly from Weihai (or they connect from a city that trains in Weihai go to). Make sense? Good. Here's enough cities to keep you busy for a while!

Tucked up near the Yellow Sea on China’s north eastern coast, Qingdao has a European-influenced flair, paired with a huge Korean population, so head here for cathedrals galore and Korean dishes without even leaving the country. Volunteers who have visited remember this place as the “city with beautiful architecture” which quickly becomes apparent when you stroll down the Germany Old Town or peek at French and Swiss mansions in one particular park.

To really seal the deal, the city sits right on the coast so once you have your fill of the city, wander out towards the sandy shores for a day at the beach. Who knew China was hiding such a gem?

Get your Qingdao guide right here.  It's only 2 hours away by train from Weihai so it makes for a no-brainer weekend trip.

Hop on to a train from the Weihai north train station, and start a vacation in nearby Jinan. There’s a really cool traditional walking street (Furong Ancient Street) and some really beautiful gardens…but to find a huge golden Buddha, you’ll need to go to the Thousand-Buddha Cliff Statues!

Plan on blocking out a day to hike around, explore and keep your eyes out for an amusement park and an alpine slide down.

See The Sunrise On Mount Tai

The nearby city of Tai’in is just around the corner from Jinan, where you can see Mount Tai. It’s one of the five Daoist sacred mountains (which means it’s really sacred and really popular). This gorgeous mountain is amazing to see in the daylight, but you could also hike up and see the sunrise for an even more spectacular view.

There are hotels you can stay in if you don’t want to climb up in the dark; that way you can just wake up to the sunrise. Take an hour long bus ride from Jinan to Taishan, then take a bus (#3) or a taxi ($1-2 USD) to where the trails start. There’s also lots of other things to in Tai’an (like some pretty temples and a rad waterpark) so think about staying here for a couple days. 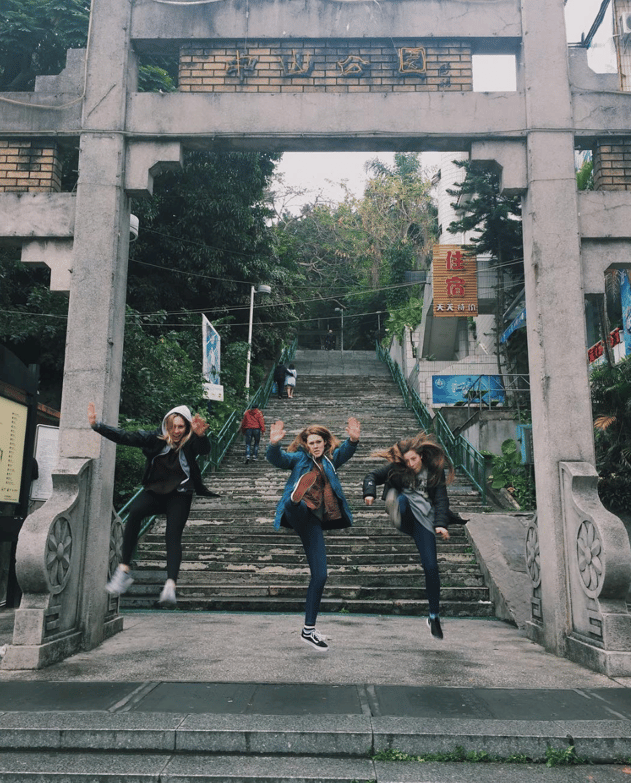 There’s loads to do in nearby Yantai! Hike up Yantaishan Mountain to glimpse some martial arts training, get some sun on one of the beaches, rent a paddle boat on the lake in Nanshan Park, and walk the seaside boardwalk. You could also spend a day doing some island hopping: Yangma Island is called “Oriental Hawaii” or head to Penglai to take a boat to the Changdao Island chains.

An 80 minute bus ride will take you to Penglai where you can catch a ferry to the islands. Spend another day in Penglai to see the gorgeous Panglai Pavilion Scenic Area.

If you can, travel to Weifang at the end of April and see the International Kite Flying Festival all of your bucket list kite adventures will totally be fulfilled. This place hosts the most impressive kite festival around — the skies are filled with the most fantastical characters.

We love this place so much, we have a weekend guide to Weifang, right here. 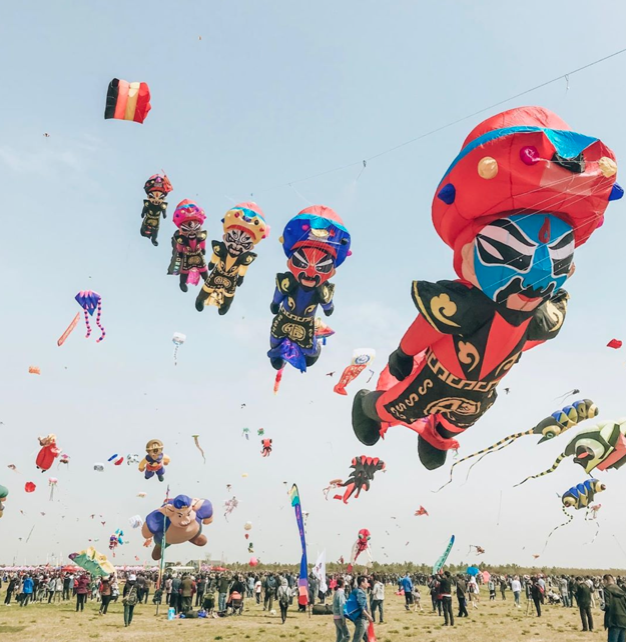 Pay a visit to where Confucius himself lived and studied — and was buried. Dacheng Hall (the main hall of the Temple of Confucius) is the tallest building in the whole city, out of respect. Spend a day or two exploring the many Confucius Temples, mausoleums where he and his family are buried, and count how many people have “Kong” as their last name (the same surname of Confucius).

While you’re around, visit Nishan Mountain (around 20 miles outside of Qufu) — it’s said Confucius was born in the Fuzi Cave, but there are lots of other caves to hang around.

China’s capital city is just a few hours by train, and easily can be done in 4 days. If you need some more travel tips or just more China in your life, come check out ILP’s blog!  And if you’ve been thinking about volunteering in China, our representatives would love to help answer any questions you have — let them know by clicking that button: