What To Know Before Visiting Vilnius' Hill Of 3 Crosses 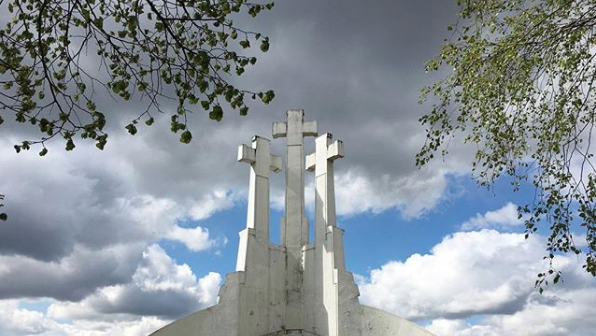 Found at the crest of Bleak Hill, this monument is the unofficial official symbol of the historic city of Vilnius, Lithuania and is really the best view in the whole city. It's really something you can't miss.

There are tons and tons of things to do in Lithuania, most of which also have to do with the incredible history that's found in this country. We're talking towering castles, museums aplenty, a quirky independent art district and a few other adventures you shouldn't skip out on if you're visiting Vilnius.

Come to Europe with us!
All about volunteering in Lithuania with ILP

While you're out running around the pastel streets of the Old Town and trekking into the forest on the weekends, don't miss out on seeing the symbol of Vilnius, in person — the Hill of 3 Crosses. It's an icon that's come to represent the power of the people and a testament to the country's independence, which all started with a group of Franciscan monks

The Hill of 3 Crosses is a monument that sits on top Bleak Hill, also known as Bald Hill. From the top, you get a sweeping view of the city of Vilnius below you, but we're here for the history. The story stems from a hotly debated account (who's authenticity and accuracy is debated) but it's the one historians typically defer to. Supposedly the story starts with  a group of 24 Franciscan friars who were invited from Eastern Europe (we think somewhere close to present day Moldova) to preach in Lithuania.

The friars debased the Lithuanian gods and the people revolted, killing all 14. Some were crucified, others were beheaded, and other were drowned in the Vilnia River. Whether true or not, the story dates back to the 14th century and is where the monument on the hill begins. A set of three wooden crosses was built on the hill — the supposed site of the beheadings — sometime in the 17th century.

But this is where the story gets even more interesting. When the wooden crosses collapsed in 1869, Lithuania was under Tsarist rule ... and were not allowed to rebuild the monument — a monument that stands for the country's beliefs and independence. But the people revolted, building a concrete monument the minute the Germans overtook the city in World War 1, only to have them destroyed by the Soviets in 1950.  Yet the people of Vilnius could not be deterred, again building a monument in 1989, at the peak of the Lithuanian Independence Movement. These are the crosses you see today, however several feet below you can see the remnants of the originals. 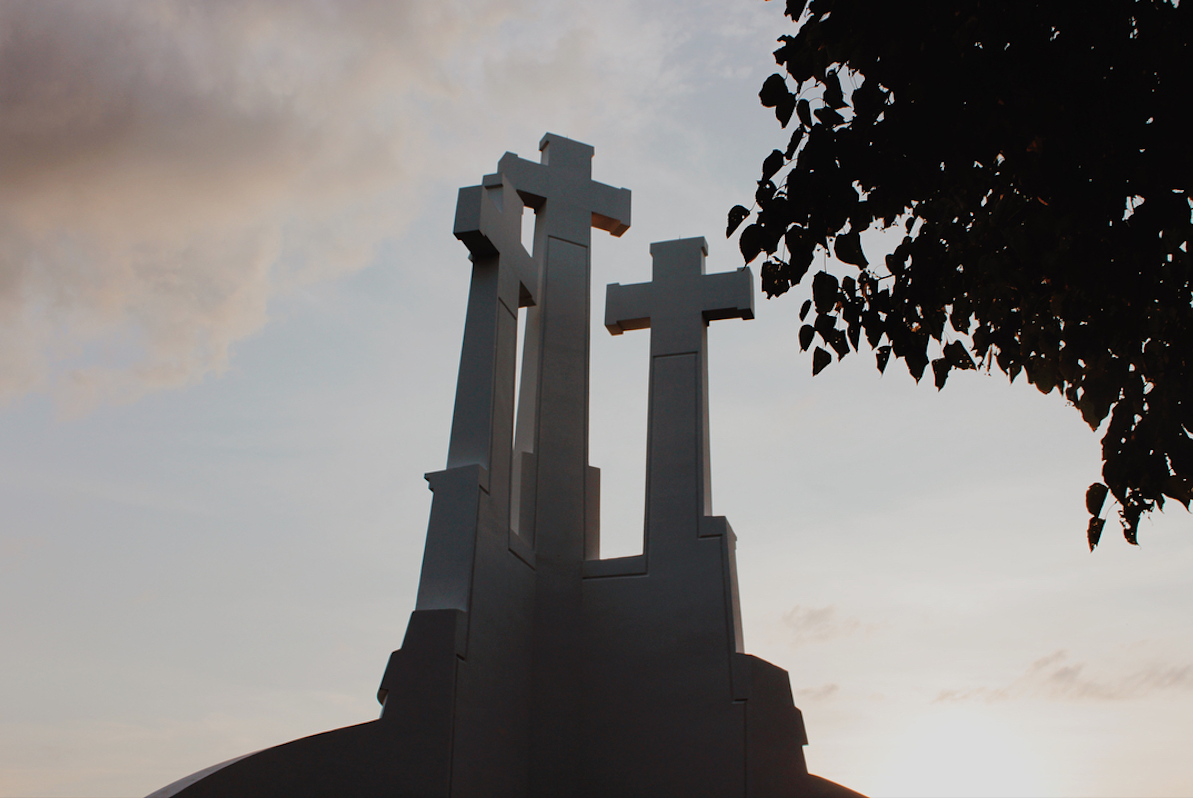 The hill is found in Kalnų Parkas, which is just south of the bendy Neris River. It's tucked away just north of Uzupis (the coolest little independent art district) if that helps you orient yourself. From the center of Uzupis, it's just about a 15 - 20 walk to get to the top of the hill.

You'll walk along the Vilnia River through a trail in the woods, slightly uphill until you reach the monument. Google Maps gives you really straight forward walking directions if you type in the name of the monument (Trys kryžiai) or the address: Kalnų parkas, Vilnius 01100, Lithuania.

Open 24 hours, but the view from above is best seen during the day or at sunset if you can get your timing right. 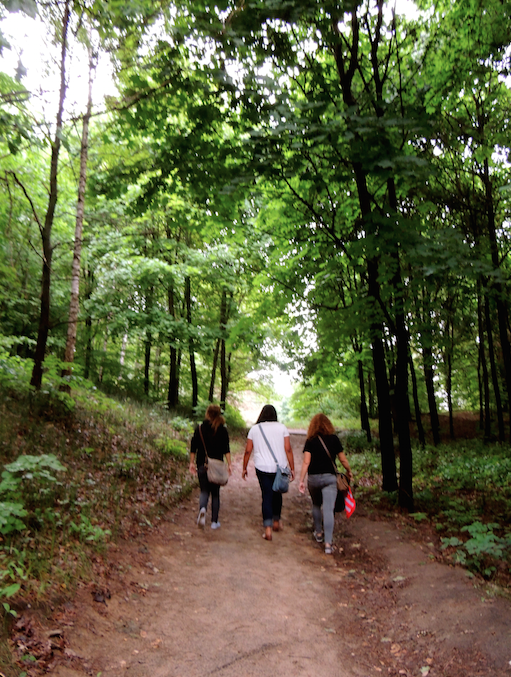 Come volunteer in Lithuania for a semester! ILP is a non-profit organization who sends college aged volunteers abroad to teach English or help in an orphanage program in countries all over the world. You're set up with a group to travel, teach, and explore with, only volunteering part time so weekends are free for lots adventures. Plus, you'l have vacation time to travel all around Europe.

Come see what a semester with International Language Programs is like: