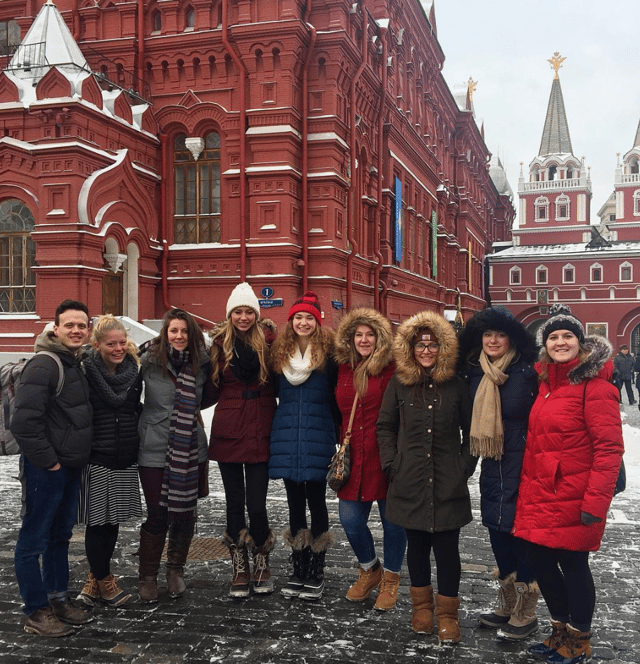 Nervous about taking the metro for the first time ever while traveling abroad? Relax, it’s easy, I promise.

Every city is different, but if there's a metro in a city you're either living in for your semester abroad or just vacationing in for a short time ... consider yourself lucky! The metro makes getting around the city so much easier.

You'll get to use the metro if you're in Ukraine!
See what it's like to spend a semester abroad in Kiev

Even if you don't live in a city where you're using it every day, you'll probably at least go on vacation to a city where they do have it. The metro is probably a new thing for you, but I actually think you're pretty lucky if you get to use it. It's one of the easiest ways to get around.

The metro isn't the exact same everywhere you go, but it operates pretty similarly  — these guidelines will help you out:

Know How To Buy A Ticket

If you're just vacationing and only want to use the metro for a day, you can buy single use tickets (so it's good for one ride to your destination), or sometimes you can buy a day pass. If you're living in a city for a period of time, you will probably want to buy a longer term pass.

Metro passes will vary country by country; some you can reload money onto and reuse them forever. Some are only good for a few months, before needing to be replaced. Your Local Coordinator and Head Teacher can help you figure out how to get your pass once your group gets settled in at the beginning of the semester.

(Not sure who your Local Coordinator is? We have info, here).

If you're only visiting for a day or two (so not buying a long term pass) you’ll need to buy an individual ticket for each ride you take. For example, if you're starting out at station "A" and getting off at station "D" - the train is going to stop at station "B" and "C", but you bought a ticket to station "D" so you're good with that one ticket for that whole ride.

You may need to go to a ticket  booth and talk to the employee about what station you are going to (and when we say talk we mean point at a map of where you're going because they probably don't speak English!) and pay however much that costs.

Or, it may be automatic which means you do it yourself. Even if this is in Chinese, or Russian, or Ukrainian, you can do it!  Just find the station you are heading to and insert your money, like a vending machine. There's often an English option - but if not, all you're really doing is inputting the name of the station you're going to so just get that off your map.

Okay, you’ve bought your ticket or you have your card; now you need to find the right metro “line”. Every city color codes their lines, so just follow the right color till you get to the right platform/station/stop. Usually, there will be two trains you can board, going in opposite directions. Find a map and make sure you are boarding the right train. (The trains themselves or signs on the wall of the station usually will have their final destination posted to help you out on this).

For example, below on this metro map there's a blue line, a red line, a yellow line, and a brown line. 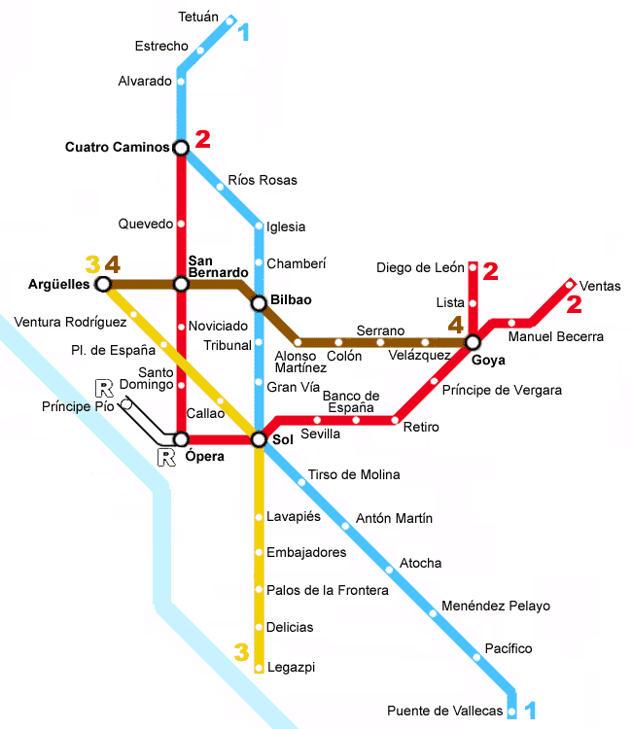 Know Where You Are Going

Let's same I'm at the top of the map— at the station Tetuan. I want to go to Quevedo which is just straight below, on the red line. I bought my ticket to Quevedo and I jump on the train that's headed in that direction on the blue line and I've got my map in hand so that I know exactly where to go.  I'm going to stay on the same train for 2 stops (it will stop at Estrecho and at Alvarado and I'll just stay on the train while people get on and off). Then, the third time the train stops it will be at Cuatro Caminos.  That particular train is going to stay on the blue line, but I need to get on the red line right? So I jump off the train here and get onto a red line train. It'll just be one stop because the next stop is my destination! Woop! Made it.

Depending on your city, there may be an announcement LED board or voice over that tells you the stations when you arrive. Some newer trains may have a neat light-up map that you can follow to see what station is coming up. Or you may just have to count the number of stops on the map and keep track yourself. For the Moscow Metro, a male voice announces train is going towards the city center, while a female voice makes the announcements when you are leaving it. Quirky, right?

Either way, pay attention so you don’t miss your stop. And if you do miss your stop, no sweat! Just get off on the next station, and go back 1 stop on the train going in the opposite direction. 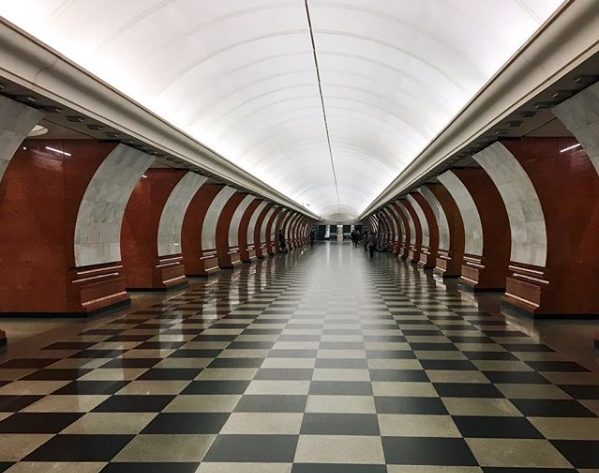 We mentioned this above, but if you have to make a transfer (AKA get onto a different color of line) it's pretty easy.

You’ll just need to start on your first train, then get off at the transfer station that intersects with your next train. These transfer stations are usually very well marked and it helps that the trains are color coded.

And yes, I did take this giant pinãta on the metro in China. 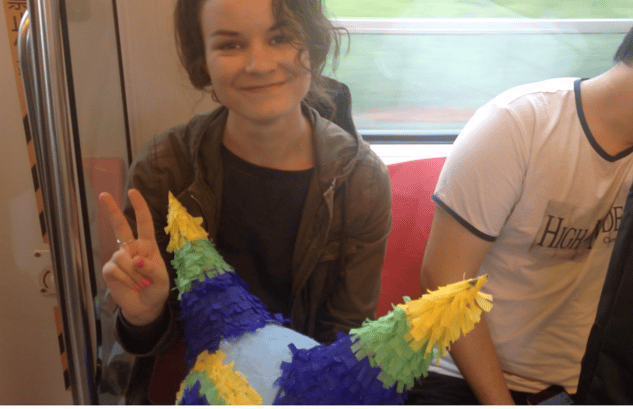 Get An App To Help You Out!

Lots of cities will have a paper map of all the subway routes you can take, but just in case they don’t (or you want to be more earth friendly or maybe it's hard to find an English version) think about downloading an app that does the same thing.

Metroman has a bunch of different cities to choose from (loads are in China, but there is a Moscow map, too) where you can see a map of the whole metro, and even enter in what station you want to go to and they’ll tell you what route (and what transfers) to take.

Pretty much every city has a version of the metro map online as an app, and most of them don’t even need internet to work. They'll even tell you exactly what time a train is coming by and how long you'll travel for until you get off. 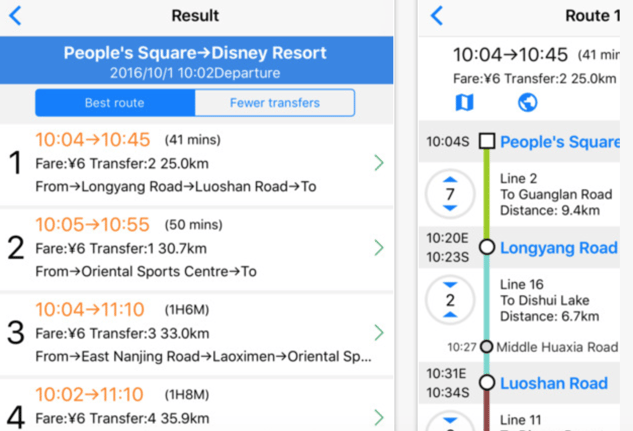 This may sound silly, but it’s very helpful. Each city (or country even) will have a little logo for their metro system. When you are walking around the streets “above ground”, keep an eye out for this little symbol that will point you to the nearest metro. These signs will usually also let you know how far away they are (150 meter, etc). That'll help you to know where you can jump on the metro. They're usually in major tourist or high traffic areas, so it's usually a really cheap and easy way to jump around the city.

And there you have it! For our lucky volunteers living in Russia and Ukraine, don’t forget to explore the metro stops themselves — they are hidden worlds.  A really fun Saturday activity could just be exploring your city by jumping on and off at random stops. 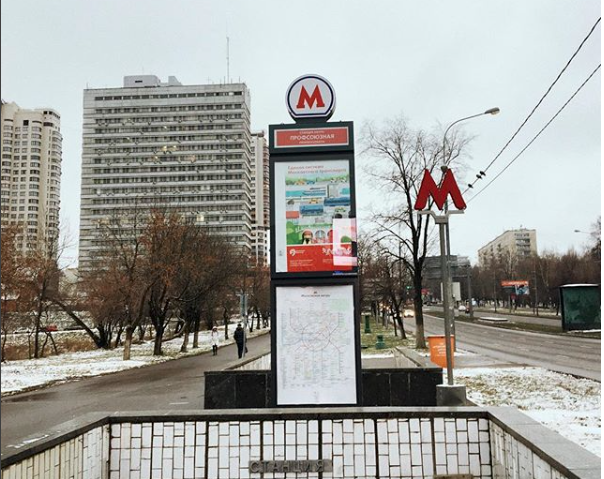 Still have a few questions?

Having trouble picking what country to visit? No problem — click that button right there to get in touch with an ILP representative; someone who’s been there and done that and loves to talk about their semester abroad!

They’ll help get your questions answered.