To Sleep Or Not To Sleep? How To Overcome Jet Lag

You just finished your long flight over to a new country and what's the first thing you want to do? Go walk around and explore the city, maybe sample some of the local cuisine, or spend time practicing the language. Nope. You probably just want to go to sleep.

Traveling is a such a great way to experience new cultures and see the world in a new light—as long as you’re awake for it.

Traveling is exhausting! I know you're excited to be there, but trust me ... sitting on a plane for 12+ hours really takes it out of you. No matter what the local time is when you arrive, don't be surprised if you're feeling sleepy, really sleepy. And the really fun part? If your destination has a time zone that's quite opposite of where you came from, you might be wide awake 3 AM and dragging your feet, ready for a nap at 4 PM.

Hello jet lag. Yep, you're experiencing it firsthand. And if you're like most travelers, your energy and sleeping schedule might be a bit off for a week or so.

When you're out volunteering or exploring the foreign country you're visiting, you don’t want to sleep your experience away nor do you want to spend restless nights wishing that you could get a proper night’s sleep. In this article I'll be explaining what jet lag is and how to best overcome it.

What Is Jet Lag?

So, to start off with the most obvious question: what exactly is jet lag? Jet lag is a phenomenon that occurs when a person travels across several time zones and disrupts their regular sleeping pattern. To put it in more scientific terms, the body has an internal clock known as the circadian rhythm which determines when you go to sleep and when you get up. Your internal clock typically coincides with nighttime and daytime (the body obviously favoring to be awake when it’s light outside rather than when it’s dark). This internal clock of yours located in the hypothalamus of your brain is set to a 24-hour schedule and is fairly consistent. Well, that is until you travel across the world and throw yourself into a different time zone.

Different parts of the world are exposed to sunlight at different times than your body is used to, but your body still wants to stick to its routine schedule! It’s why you find yourself so exhausted and nodding off at the most inconvenient times (say at a crowded restaurant surrounded by friends… yes trust me this can happen) and getting up in the middle of the night. It can leave you feeling groggy and disorientated for about six to nine days which nobody wants.

It’s also important to note that the severity of jet lag is determined more by how far east you go. Going east across time zones means that you’re essentially losing time rather than gaining it like you do when going west. This means that it’ll take longer to recover from jet lag and the body will have more difficulty adjusting. 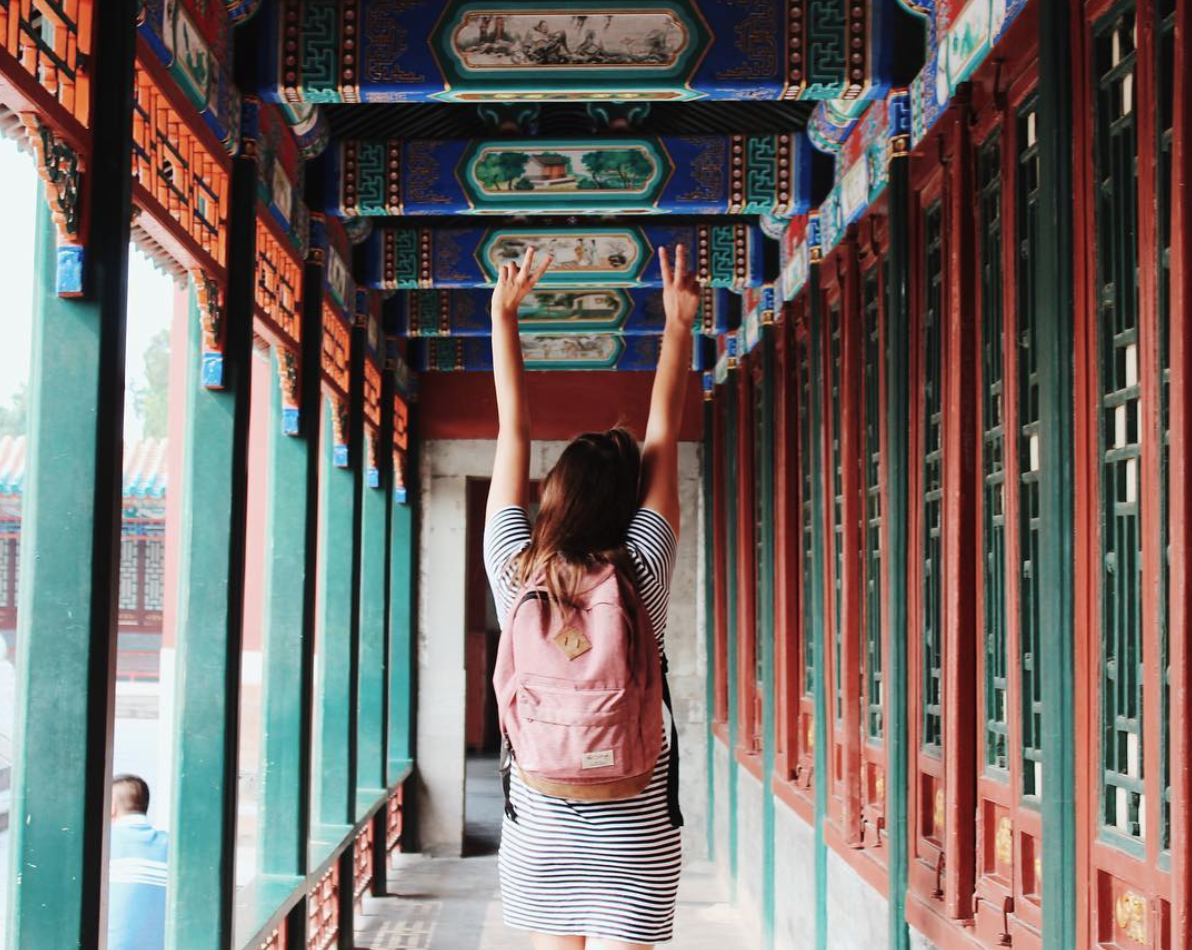 All this talk about jet lag kind of makes you wonder why it’s so bad. It basically sounds like your body wants to sleep at weird times. While that is true, it also means that your body is simply not getting enough sleep. An afternoon nap won’t make up for a restless night’s sleep.

If you're feeling any of the following things at the start of your trip, jet lag might be to blame:

Sleeping and waking at odd hours. This is the most common and obvious symptom. Typically, a person experiencing jet lag will want to sleep early. It can be at 9 PM or earlier depending on where you’re traveling to, and then wake up in the middle of the night. From my personal experience, it’s been around two in the morning followed by feeling wide awake and ready to go.
Falling asleep during the day (around early to mid-afternoon)
General fatigue throughout the day
Mood changes. Anyone who’s been around a sleep deprived person knows that there’s a definite feeling of grumpiness that follows them no matter where they go. And on top of that, you're traveling to a new place where you might also be hit by culture shock, anxiety, and just plain nervousness. This is all a recipe for some moodiness.
Not functioning at optimal levels
In some severe cases, constipation or diarrhea

How To Overcome Jet Lag

So what can you do about it?

If you’re an extremely prepared and well-organized person, you can begin setting a routine for yourself before you leave. This would include getting enough sleep, beginning to eat meals around the time you’re going to at your destination, go to sleep an hour earlier if you’re going east or an hour later if you’re west. If you’re like me though and would rather just cross that bridge if/when it comes, here's some ways to minimize it.

Expose yourself to sunlight

Since our bodies naturally sleeps and wakes according to the amount of light we’re exposed to, it’s important to be in as much light as we can throughout the day. Stay outside during the day and at night keep things as dark and peaceful as you can to maximize your sleep.

When you start getting that nagging feeling that your body is screaming “I’m tired!” repeatedly on a megaphone, it’s best to get up and move around (perhaps taking a walk in the hopefully sunny day with some friends). Even pacing around your apartment will help shake off the fatigue. Will this make you even more exhausted than you already are? Yes! And that’s the point. You want to be completely drained by the time you go to bed at a proper time so that you can hopefully sleep the whole night through.

Stick to a schedule

No matter how much you want that nap, don’t do it. I repeat. Do. Not. Take. A. Nap. The quicker you can adapt to your new schedule if your new home, the quicker you'll kick your jet lag. If you wake up in the middle of the night and can’t get back to sleep, relax and just know that lying there will help.

I really like white noise, or quiet inconsequential noises because that helps me calm down and get back to sleep. There's free apps out there that can help with the white noise! Download one, stick some headphones in so that you don't wake up your roommates, and see if some relaxing tunes help you drift back to sleep.

This is just a good rule in general, but it can help you both stay awake and help regulate your body.

If you're hit hard with jet lag, just know that this isn't going to last forever. A lot of travelers are able to adapt after the first few days, but it could take a week or two. It's a short period of time, and you'll be feeling back to normal in no time.

Why Does It Matter?

Maybe you’re wondering why any of this matter since your body will adjust anyway. Why work hard to readjust your schedule when eventually you’ll find a regular routine? Why not nap when you’re tired?

Traveling can be a once in a lifetime experience and every second that you have is valuable. I remember the first time I flew out to Vienna; I was so excited to see and do everything the city had to offer. I wanted to sample the local foods, see the countless cathedrals, and walk the winding streets while eating gelato. I unfortunately discovered that while I was out in the middle of the afternoon, I’d get so tired that all the architecture blurred into one, the German language sounded like garbled gibberish, and I had no interest in being in Vienna whatsoever. All I wanted was to go back home and take a nap. So I did. Big mistake. My afternoon nap only resulted in me getting into the habit of sleeping during the day which prolonged my jet lag. This sadly resulted in me groggily going through museums, listening to tour guides, and participating in activities half-heartedly. You don’t want to miss a second of your time abroad.

Don’t be discouraged if you feel like you can’t beat jet lag (this is especially true for those traveling far east). If you want to fast-track jet lag recovery, stay hydrated, stay active, and stick to your schedule as much as you can. No naps! Grab a couple of your travel buddies and keep each other entertained. Work yourself to exhaustion so that you can sleep well in your new nighttime. You can also take a slower pace, but I still advise sticking to the new schedule as closely as you can. No matter what, don't let jet lag hold you back from experiencing new things, providing service, and seeing the world! 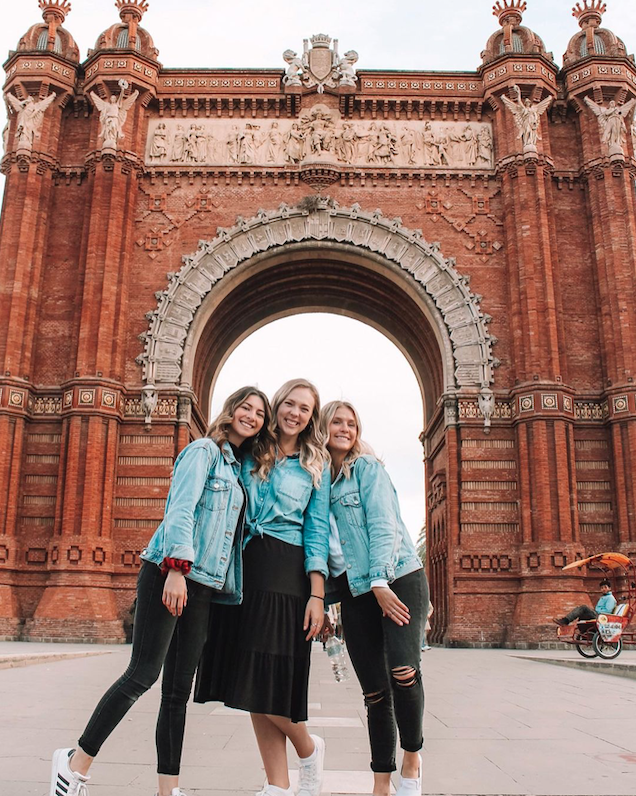 We share lots of travel tips like this, plus updates and news about volunteering abroad with us on our newsletter. Sign up on that button below and we'll be in your inbox once a week!

Topics: Get Ready For Your ILP Trip, All The Travel Tips