Figure Out How To Travel Around Nicaragua With These Tips 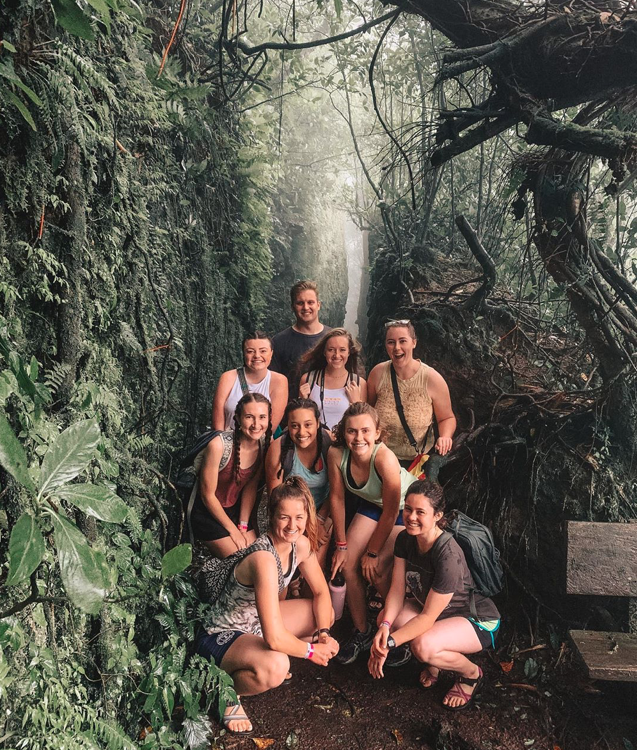 Here’s what you need to know about traveling around this Central American country.

Nicaragua is rad, if you didn’t know. There’s about a zillion things to do for an amazing price (think ziplining in the same dense jungles in Costa Rica, but for half the price). But you can’t really get started on your “to-do” list if you can’t get around, right?

We know you want to see all the cool spots in Central America while you’re here teaching English (after all, ILP volunteers get vacation time and free time to explore) but you can’t really get around if you don’t have these tips.

Getting Around (Short Distances)

Nicaragua isn't a huge country's but you'll want to know the difference between the buses that can take you to a neighboring city, versus a neighboring country. For short distances (like getting to the beach just a couple of miles down the road) (visiting a nearby city) and just getting around some of our favorite cities and coastal towns, you'll typically use these forms of transportation.

There isn’t Uber in Nicaragua, so your best bet is a taxi if you don’t want to fuss with the public transport system. Within smaller cities, the taxi driver usually sets a fare per person, so you don’t really need to negotiate (though in bigger cities, or at night, you’ll need to negotiate a bit because prices tend to be higher). To give you an idea on price, in the city of Granada, a taxi should be around 15-20 cordobas to travel within the city, per person.

Make sure you are taking legal taxis (not pirate taxis): The taxi’s license number should bevisibly painted on the side, and there should be a little taxi sign on top. Inside the car, make sure the driver’s license is visible. You'll find taxis pretty much everywhere you're looking to explore if you're not going really off the beaten path.

Chicken Buses are decommissioned school buses and are quite the adventure to take. Some of them are all painted and refurbished, but some look just like the classic yellow school bus. Their schedules can be a little unpredictable (people tend to get off whenever, along with the specified stops) but they are very inexpensive to ride. Case in point, Granada to Masaya is 15 cords.

You can take ‘em for longer distances (like to other cities), but you can get off earlier to just to the other side of town. Most cities have Chicken Bus routes that you can figure out by asking around. They typically stop at set bus stations but you can also get on and off where by talking with the driver.

Microbuses are basically the same as a Chicken Bus, but aren't old school buses; they sometimes make less stops, getting you there a bit faster.

Pay in Cordobas for each ride — there aren't passes here, you'll just pay in cash each time. You'll also want to make sure you have smaller bills or coins, because the driver typically doesn't have loads of change. Most buses won't take anything over a 500 note, but most will take US cash.  Typically, you'll get on the bus and someone will walk down the rows and collect the fare.

Getting Around To Vacation Spots

For longer distances, you have a couple of options, too. Chicken buses are also an option, but you can also hire private shuttles and of course, take a flight.

You can take Chicken Buses to more local destinations for a few weekend trips, but you can also take them to some vacation spots ideal for longer breaks. Plan on paying anywhere from $1 to $5 for a ride on the chicken bus, depending on the distance. You’ll also find snacks and other random supplies (like batteries) for sale on board.

You can get an idea of how to get from one city to another using the chicken bus on this handy website: you click on the city you’re in and it’ll pull up a list of how to get to other cities.

Usually for longer trips between larger cities, you’ll need to buy a ticket and get an assigned seat to ride a Mini Buses rather than a Chicken Bus; You can arrive the day of to get a seat, but it’s best to get these tickets at least 24 hours in advance.

They will be fewer stops, and these buses usually have reclinable seats. air conditioning and sometimes a screen to watch a movie or two on your ride. A ride is around $10 -$20ish, depending on your destination.  You can also hire these buses if you'd rather not brave the chicken bus or want to get to a city during a time where the bus routes don't match up. In the past, ILP volunteers have booked mini buses with this company.

You can also get to other countries via shuttle rather than flying. For that, you’ll be better set taking a shuttle to Costa Rica, rather than a bunch of connecting Chicken Buses. Check out Tica Bus, TransNica, Nicabus/Platinum and Central Line for international trips out and into Nicaragua. Expect to pay around $50 or $250, depending on where you're headed.

This is a more expensive option; it is more direct and will be nicer ride than taking a mini bus or chicken bus, but just keep that in mind if you're worried about budget. In the past, ILP Volunteers have taken a shuttle from Nicaragua for a trip to Costa Rica. You can get a route down to San Jose for around $50, there and back (it's an 8-9 hour bus ride).

Some destinations will be easier to fly to — like the dreamy vacation spot of the Corn Islands. This place is actual paradise, and absolutely worth the flight. Typically, most volunteers opt to bus down to Costa Rica then Panama for one of their vacations, then spend a few days relaxing on the Corn Islands, but you're welcome to fly to Costa Rica or to Panama if you'd like.

La Costena flies frequently to the Corn Islands from Managua; it’s just over an hour long flight and costs $180ish.

We think you are.  This country will keep you crazy busy, in the best way possible. And the kids you'll be teaching are just too cute. This program is one of our favorites (thanks to how you'll be helping and all of our favorite things to do here) and we think you'll love it, too.