The Ruins In Palenque, Mexico Are Better Than Chichen Itza 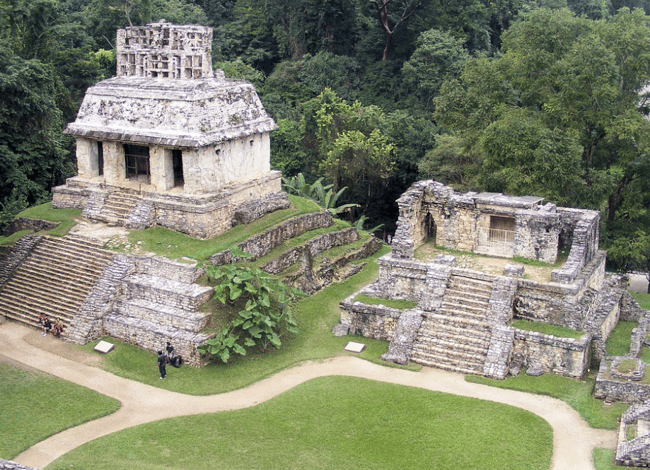 Everyone talks about the World Wonder ruins you can find at Chichen Itza, but the ones in Palenque are just way cooler.

Eon’t skip out on the amazing beaches, the turquoise swimming holes, and days of eating tortas and sipping aqua fresca, while in Mexico, but you really need to spend some time exploring all the ruins. The country is dotted with them, huge monuments of history that you can see for yourself. But not every one is worth seeing.

Thinking Mexico is perfect for you?
Come volunteer in Mexico with ILP

The Mexican ruins are one of the reasons to visit this country in the first place, right? And just seeing the all the ruins here will keep you very, very busy. You’ve probably heard about the World Wonder of Chichen Itza but what about Palenque? Seriously, more than one ILP volunteer has said that Palenque is "way way cooler" than the ruins you'll see in Chichen Itza. Definitely a must-travel to spot if you're into trekking through jungles to hang out in ruins.

A Bit Of History

Okay don't tune out just because you read the word "history", because the history of Palenque may include aliens. A few hundred years ago, Europeans stumbled on these ruins and were amazed - they were so intricate and detailed, they just had to be built by the Romans or the Greeks, right? (Um, no, but that's beside the point). When the King of Spain heard about them, he demanded samples so the buildings were pillaged and parts were sent to Spain.

So Who's Buried There?

Turns out the real treasure was there all along and was just waiting to be discovered - not even 100 years ago, Mexican archeologists hit the jackpot; a huge sarcophagus was found in The Temple Of Inscriptions and King Pacal’s body was still inside. It was easily one of the most impressive archeological discovery to ever happen. Pretty impressive, right?

This discovery was huge — and there’s lots of controversy around it. The sarcophagus is really ornate and the images on the surface have been interpreted in a lot of different ways. Lots of people believe the inscriptions show the king sitting on a setting sun (there’s lots of afterlife imagery there too) but some believe that this tomb is another sign of the Mayan Doomsday; the image is clearly the king sitting behind his spaceship, turning dials and controls.

So obviously, it wasn’t the Greeks or Romans who built Palenque, it was aliens? Jury's still out on that one.

Why Visit These Ruins?

Besides the chance to see what the aliens built? Kidding. But seriously, these ruins are ah-mazing. Hidden in the dense and green Mexican jungle, it’s like a completely different world. If you go in the morning, you may even see these huge stone pyramids still shrouded in mist (plus, it’ll be a lot cooler, temperature wise).

Again, I'm going to be saying this again. So many volunteers who have checked out all the cool ruins in Mexico, but Palenque is hands down, the absolute favorite.

How Can I Get There?

We're typically big big big fans of taking buses around Mexico, but not for this adventure. It's way easier to just hop on a quick flight and visit for a day or two before exploring other nearby adventures like the Yucatan Peninsula or hopping down to Puerto Escondido for days at the beach.

Palenque is about 7km from the city of Palenque — so you'll want to get yourself to Palenque. You can fly from Mexico City (MEX) to Palenque (PQM) for about $150.  Sometimes you can find similar prices flying out of Queretaro (QRO). Look up airlines like AeroMexico, VivaAerobus, or Interjet. Plan on about a 1.5 hour flight from these destinations.

Once you land in the little airport, just take a taxi into Palenque where you can catch a bus to take you to the ruins. The taxis tend to charge 250 pesos for the short drive into the city. The ruins are a couple of miles outside of the city itself and there are collectivo buses who run between the town and the ruins every 15 minutes or so during the day. Plan on paying 20 pesos for a ride and look for buses with the word "RUINS" displayed on the dash.

Tickets to get inside the nature reserve are about 20 pesos and the entrance to the actual ruins runs around 51 pesos, so plan on about $4 USD, which is a screaming deal if you ask me. Then you're free to just run around and explore the complex.

You can also hire a guide (about $50 dollars per group) if you want to go that route. You'll learn a lot about the history that you wouldn't know otherwise, which is recommended unless you've done your research beforehand.

I’d go early — the park opens at 8:00 AM and if you arrive early, you'll have time to explore before tour buses arrive from Chiapas.

The complex takes about 4-6 hours to explore, so leave ample time to see what you want to see before leaving.  Seriously, this one of the coolest parts about these ruins: it's in the jungle so you can just run around this whole complex. You really don't get that at any of the other ruins.

Be sure to pack lots of water and sunscreen. Vendors on the outside sell food and drinks, but you can’t buy anything inside. The Palenque Ruins are hidden in a tropical jungle and it gets very warm and humid later in the day.

Need more Mexico in your life?

Check out that little green button (and start dreaming about volunteering with ILP!)