All About Getting Around Uganda

Before spending a semester in this adventure-filled country, volunteers should know how to get around so that they can get to all the amazing areas for exploring.

Are you stoked for a semester volunteering in Uganda? You’ll have a few months crammed full of safaris, teaching English to the cutest kids around, getting involved in some service projects and experiences like repelling down waterfalls. Can you tell we are big fans of all the things to do in Uganda?

Learn more about a semester here:
All About Volunteering In Uganda

However, you can’t have most of the experiences this country has to offer if you don’t know a bit about how to get around Uganda.

Something You Should Know

Uganda itself isn’t terribly huge (it’s about the size of Colorado) but thanks to a less-than connected infrastructure, lack of public transportation and poorer road conditions, getting around by bus or taxi can take a very long time. To add to that issue, culturally, Ugandans also don’t tend to run on a tight schedule so your bus driver might pull over and sit out traffic, making your four hour drive closer to a seven hour drive. Quite the adventure, right?

In the words of an ILP Uganda volunteer: “Be ready for an extremely bumpy ride a majority of the time. Getting from place to place will take a lot longer than you would normally be used to. A trip from Kampala to Mbale can take anywhere from 6 hours to 14 hours depending on traffic, roads and how the taxi driver is feeling. Don't expect anything to be quick.“

It’s nothing you can’t handle, it’s just better to be prepared for roads to be bumpy and for things to take lots longer than planned to help you prepare and plan for your trips around the country.

ILP volunteers will be living outside of Kampala in a suburb called Lugala. Where you’ll call home is all dirt roads and minimal traffic, but you’ll see paved roads and stoplights once you get closer to Kampala. You’ll also run into some crazy traffic. Kampala is infamous for gridlock traffic: you might not move for a solid 20-30 minutes or more. There are periods of rush hour that make the traffic worse but in general expect serious traffic jams when traveling near Kampala.

This is particular important for trips to and from the airport. From Kampala to Entebbe (where the airport is), it’s just less than an hour long drive without traffic … but can take up to four times that long depending on the road conditions and the traffic. It’s just best to budget extra (extra!) time if you’ll be driving to Entebbe to make a flight. 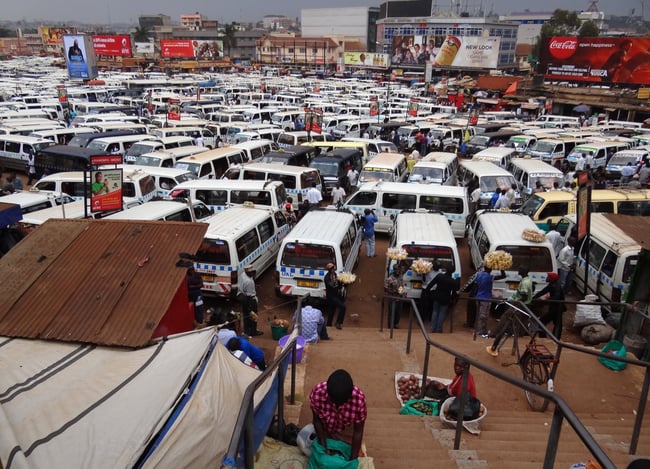 There's just one international airport in Uganda, found in the city of Entebbe. As we mentioned above, it's not too far from Kampala but if there is traffic, it can take quite a bit of time to get there.

If you will be traveling around Uganda on weekends and on vacation, you'll be taking buses. There are just a couple of domestic airlines around the country that support flights (check out companies like Eagle Air who can fly to the Gulu domestic airport from Entebbe) but they are rather expensive. Most people take buses.

You can also fly to other countries if you'd like on vacation. As always, a bus is going to be your most affordable option (you can take buses to places like Kenya) but just know you can fly too, if you have room in your budget.

You have a few choices in Uganda. Mostly, people get around by taking buses (there are few different kinds, we get to them in a minute) or riding in taxis. Buses are the most affordable, but even taxis or hiring a private car transfer can be an option if you are splitting it with a group.

A Bit About Buses

The main way to really get around affordably is by bus. There are a few different kinds of buses to take you places: standard, coach buses (these are large) and mini buses which are more like shuttles.

Mini buses here are called taxis or matatus here. They don’t run on a fixed schedule so plan on leaving when the bus is full. These matatus typically seat 14 people but there is room for people to stand in the aisle … plan on riding in matatus where every seat is filled and you have people standing in the aisles. The matatus run on a fixed route with set stops but you can also hop on and off at any point by notifying the driver.

Technically there are official prices, but the driver usually charges what he thinks you should pay and can often overcharge tourists. You can talk with your Local Coordinator about the bus prices from certain cities to help you know what fare to pay, or talk with the locals on the bus and pay what they are paying.

You’ll typically use these blue-and-white shuttles to get from Lugala into Kampala, and other short distances.

These are your larger buses that you may take for longer bus rides to places that are farther away or even other countries if you don’t want to fly. There are several companies that operate the coaches: Uganda Post Bus is one of the more reliable companies though there are several in the country. Pioneer Bus is also a nice option: Painted orange and black, they are easy to spot.  Baby Coach is also an option as is Scandinavian Coach… you get the picture, there are several coach companies  to choose from. All the coaches run on a more organized schedule than that matatus and have a standard fare you pay.

The infrastructure isn’t as well set up for tourists in Uganda which means there are tons of hidden gems not a lot of the world even knows about, but they are kind of tricky to get to. You won’t be able to book your buses online, but they can be done in person, and on the phone. Don’t worry though —  ILP volunteers are at a huge advantage because you can work with your local coordinator to figure out the system.

Here’s a helpful list of all the available coaches so you can get in contact with them regarding routes, schedules, and prices.

The Scoop With Taxis

As we kind of talked about before, there are minibuses that are called taxis here, but you can also ride in a traditional “taxi for hire” taxi if you’d like. You’ll need to bargain down the price (it’s all negotiable) so never take the first price you are offered. Again, you’ll get a better feel for this when you’re int he country but it’s not a bad option if you’re splitting it with the group and not going a super far distance but it’s always going to be more expensive than public transportation by coach or mantatu.

Uber also works in a limited area in Uganda, but for example you can often catch a ride from the airport in Entebbe to Kampala. 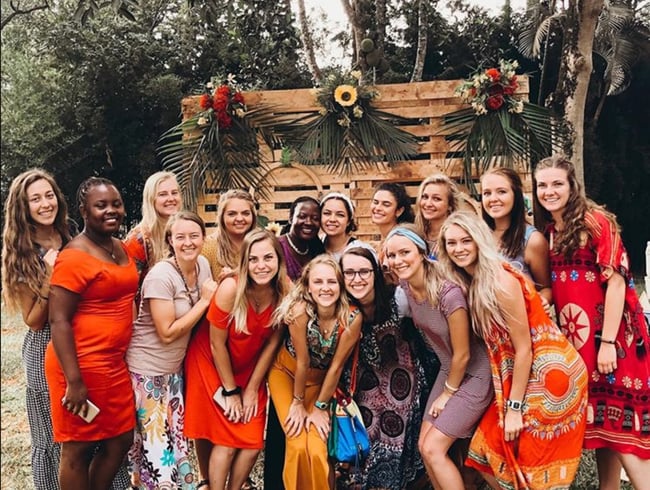 We thought so! Take the chance to not only see this country but really experience Uganda by living there. ILP volunteers spend a semester teaching English and helping with humanitarian projects, but have plenty of free time, weekends off, and vacation days to truly see what Uganda is really like.