All You Need To Know About Traveling To The Terracotta Warriors 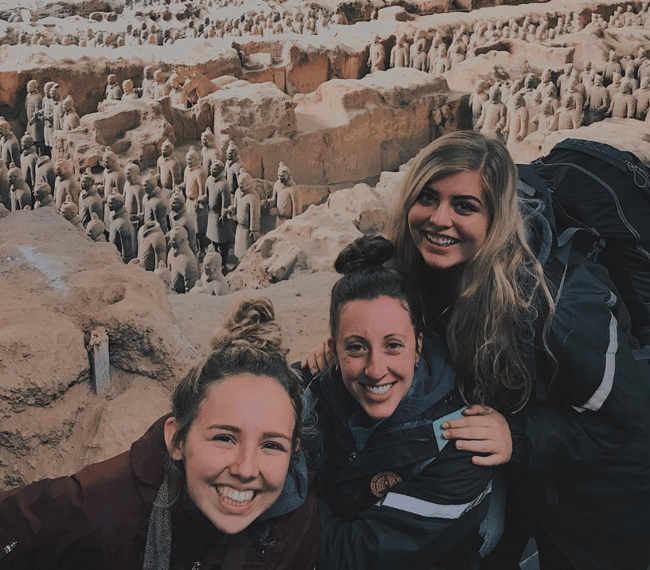 The Terracotta Warriors are one of the most well known tourist destinations in all of China — do you know what to see while you're there?

Traveling to China means you gotta check out the Terracotta Warriors ... after all, this army is over 2,000 years old and was only just discoverd in 1974! These warriors are one of the most significant archaeological discoveries in the 20th century and for good reasons; seeing this in person is truly priceless.

Come live in China like I did!
We have info about volunteering in China right here

What Are The Terracotta Warriors?

The Terracotta Warriors were discovered by some local farmers in March of 1974. They were digging a well, and little did they know they were making one of the most significant discoveries in a lifetime. They struck gold when they dug into a pit containing nearly 6,000 clay warriors!

Fun Fact: They have only excavated 2,000 of the 6,000 warriors! When you visit, you'll be able to see spots that are still be excavated and categorized. It's rad.

These warriors were built as part of Emperor Qins mausoleum (or tomb). They were built to guard the Emperor after his death. It is believed that Qin started building his mausoleum when he was just 13 years old. It wasn't even completely finished by the time he died just 35 years later. 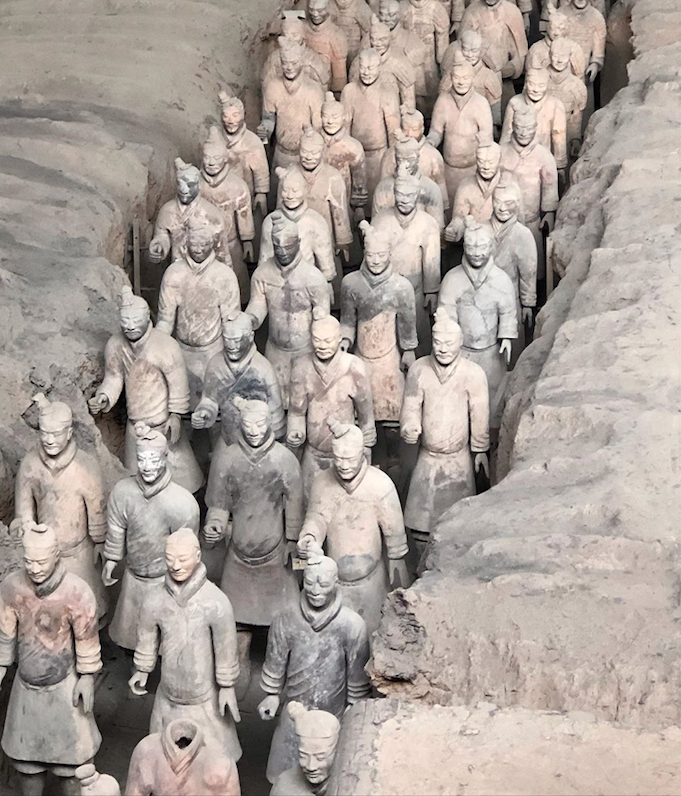 Who Are The Terracotta Warriors?

There are five styles of life size warriors. These include the Archer, General, Civil Officer, Ordinary Soldier, and Emperor.These warriors are a depiction of Qins army. Each varies in height, weight, and they have different hairstyles and facial features. Along with the warriors;  weapons, clay horses, and chariots have been excavated.

Getting to the warriors for our ILP volunteers is a very simple and cheap task. From the East Square of the Xi'an Railway Station just take a bus. For around $1USD, take tourist bus No. 5 (306) and get off at "Bing Ma Yong" (or Terracotta Warriors) Station.

OR, from the gate of Tang Paradise you can take bus 307 for the same price and get off at the same "Bing Ma Yong" station.

Also, any taxi will be able to get you there.

What Else You'll Need To Know:

I would definitely recommend getting a guide.  They have guides in English that you can get for around 100RMB so split the cost with your travel group. You'll learn tons of information about the warriors  that'll make the whole trip even better.

You can take a free shuttle bus to the actual mountain where Emperor Qin is buried. The shuttle buses leave about every 15 minutes, and are located just outside of the entrance of the warriors. 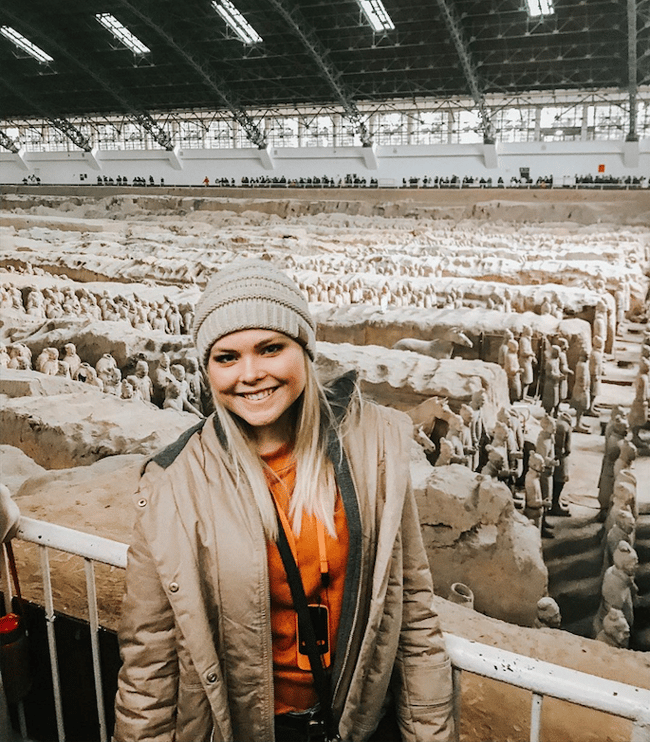 See what else China has to offer

Think about volunteering in China with International Language Programs. It's the chance to live in China for a semester teaching English part time (no experience necessary) and you'll have free time and vacation time to explore places like Xi'an (and other favorite spots in China).