We Just Love The Paparazzi When Living In China 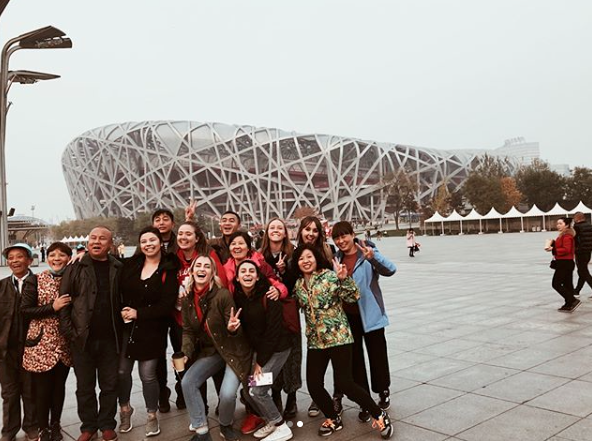 How would it feel to be a celebrity? ILP volunteers living in China for a semester know exactly what that's like!

Visiting any country comes with a few culture shocks, but one thing we absolutely love about China is all the picture taking.

Get a glimpse of what volunteering in China is really like.

Before you head out to go volunteer in China, you should be prepared to get your picture taken a lot. No matter where you're vacationing or living in China, chances are you'll be hit by quite the paparazzi.

What Do You Mean By "Paparazzi"?

Total strangers coming up to you, excited, pointing towards their friend who is holding a camera up and ready waiting for you to pose and hold up a peace sign and say "cheese!" will be part of your daily life.

You may be sitting on a train and realize that the person sitting next to you is taking a selfie ... but a closer view reveals that you're actually the main focus of that selfie. Maybe you're out hiking and run into another group of Chinese hikers who want to take a whole series of group pictures. Maybe you're out shopping and someone wants a picture with you, but then his friend wants a picture too, then you realize that there's a whole line of people waiting to take a picture with you! Just a couple of examples of what will probably happen when you're traveling around this country we love so much.

Asians in general love their tourists, especially if you're tall, blonde, and blue eyed. Some shy locals will take pictures from afar, but most will come right up to you, selfie style. Enjoy being a celebrity  — It's awesome. And also a little bit awkward, but that's part of the fun, right? 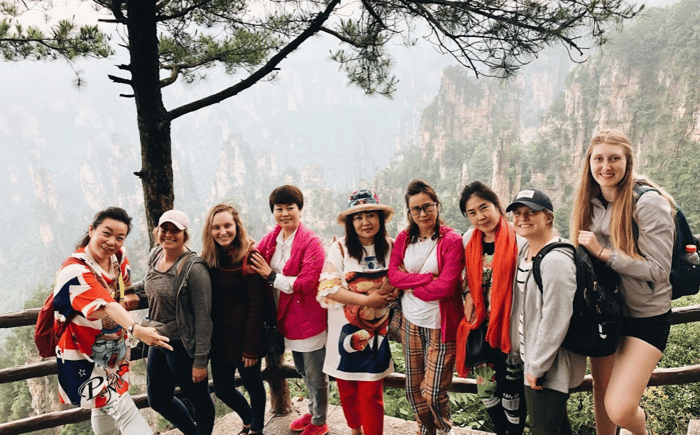 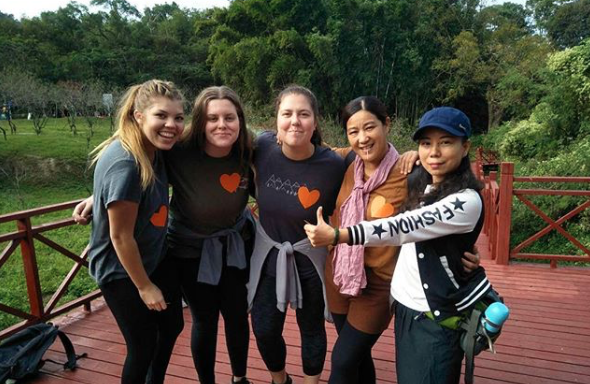 Hear From This ILP Volunteer

Soon after arriving in China, Hannah grabbed two other ILP volunteers from her group and they headed to explore a mall which was just 10 minutes away from the school they were living at. Turned out there was a concert going on there so they decided to hang out in the back and watch.

Suddenly a girl came right up to them and asked if she could take a picture with them.  Of course they agreed.

Then another person came up asking to take a photo, then another, and another.  Pretty soon they had a line of Chinese people waiting to take photos with them. They just stood there posing thinking, "This is so weird...but so cool!"

"Then I looked over and the guys holding the giant cameras who were taking pictures of the performers at the concert were nudging each other and looking over at us in surprise and then even they left the stage and came over and started taking pictures of us!"

They had a group of professional photographers focusing on them. Clearly they were more concerned with getting photos of the blonde Americans at the concert rather than of the actual band.

You will definitely never be in need of attention while volunteering in China! 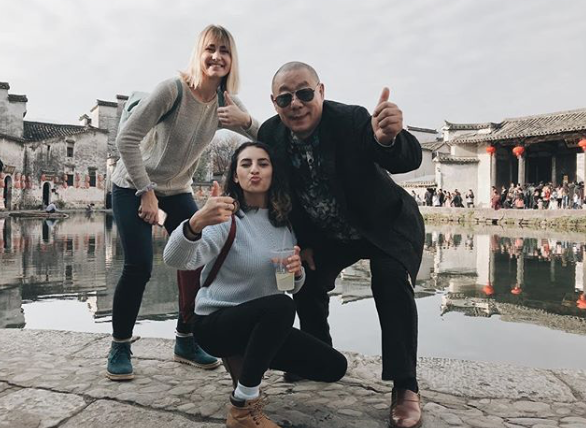 Hi there — we're ILP! International Language Programs sends college-aged volunteers who don't speak a word of Mandarin to China to teach English. You'll have time to travel around the country, hang out in your local Chinese city, and really soak up the culture. Come get a better picture of what ILP China looks like, right here: