Explore the Mariyinsky Palace and Park in Kiev

While you are in Kiev, Ukraine, you ought to visit this historic and newly renovated landmark. The extravagant Mariyinsky Palace and its beautiful park are a lovely addition to a weekend excursion.

When you are an ILP volunteer, chances are you want to explore on the smallest budget possible. For our volunteers who live in Kiev, Ukraine for their semester abroad, the Mariyinsky palace is the perfect destination for a cheap but enriching weekend excursion.

Have questions about volunteering with International Language Programs?
Text a Rep about their experience!

The recently renovated palace just reopened to visitors in 2020 after 14 years of being closed, so now is your chance to tour this historic icon. And the grounds around it, so named the Mariyinsky Park, are an acknowledged masterpiece of landscape art and are one of the oldest and the most beautiful parks of Ukraine. So be sure to add it to your Ukrainian itinerary!

Set on a hill over the Dnieper River, the palace was built in Baroque style the middle of the 18th Century by order of Russian Empress Elisaveta. She was fascinated with the city's beauty and ordered to build a special palace for the royal family. But Elizabeth died before she could visit the palace completed in 1752, so the first royal figure to live in the palace was Empress Catherine II in 1787.

The project was designed by the most popular Russian architect of the time, Bartolomeo Rastrelli, who also designed the St. Andrew’s Church in Kyiv, as well as many other noted buildings in Russia.

The palace had two storeys and large wings, which form an internal yard. The palace ensemble included gardens, greenhouses and a confectionary. Many extravagant balls were held in the palace when members of the tsar's (king) family and higher aristocracy stayed there.

The palace has had a varied and interesting history, including multiple renovations.

Early in the 19th century a fire destroyed the building’s second floor and all the ballrooms. It wasn’t until fifty years later that the palace was rebuilt for the arrival of the Tsar Alexander II and his wife Maria. Its name also changed to Mariyinsky (Maria's), in honor of the Empress and gained the park in front of the Palace at Maria’s bequest.

Today, the palace is a ceremonial place of residence for the Ukrainian President, where he receives high-ranked foreign dignitaries. The palace has hosted countless officials receptions, gala dinners, meetings, and important world summits.

The public can visit as well and enjoy the numerous art works and luxurious decorations throughout the palace. 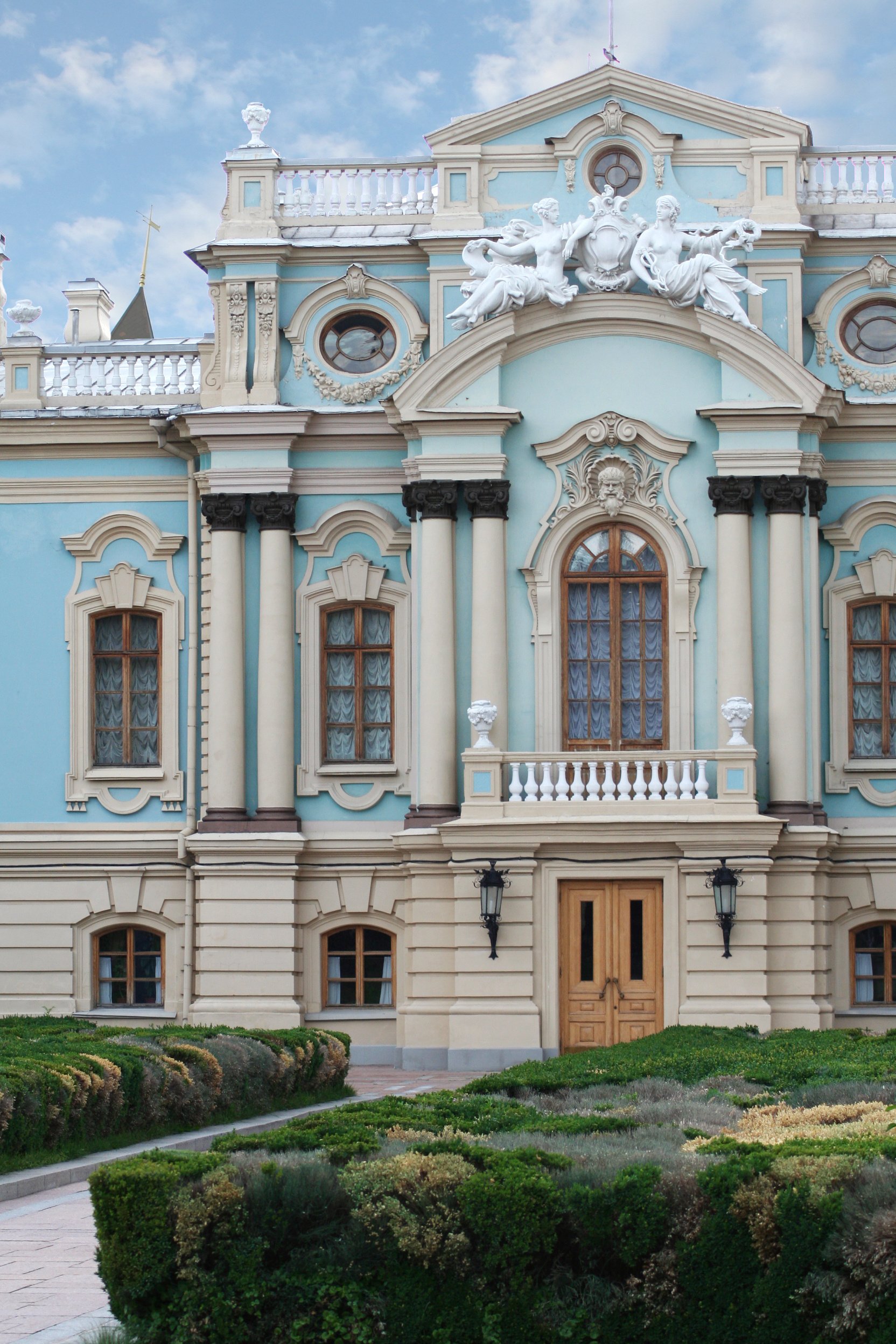 Getting to the Palace

The Mariyinsky Palace and Park are within easy walking distance of the town center, so when you're out exploring it should be easy to add on to your afternoon exploring Kiev. If you're coming from further out though, the two nearest subway stations are Maidan Nezalezhnosti (майдан Незалежності) and Arsenalna (Арсенальна).

For Maidan, go in the direction of the European square.

For Arsenalna, exit the station and turn right. Walk about 200 yards along Hrushevsky Street to reach the park.

The Palace offers regular tours for tourists including a visit to the ceremonial hall, which is the hall for negotiations and exposition of paintings and gifts for the Presidents of Ukraine.

The Palace is open for tours every Friday, Saturday, and Sunday from 10 am to 5 pm. The tour lasts 45 minutes with a professional tour guide and costs 150 hryvnia (about $5.40 USD) for adults.

Be aware that the online booking form will ask for your passport data, so you'll need to have that handy.

Near the palace stands an observation deck from which you can enjoy fantastic panoramas of the capital. Breathtaking views of the Dnieper and Kyiv’s left bank open up from the deck. Behind the palace is the Lobanovsky "Dynamo" Stadium, where the city’s football team plays. Not far from the palace is also the most romantic place in the park — the Lovers Bridge. 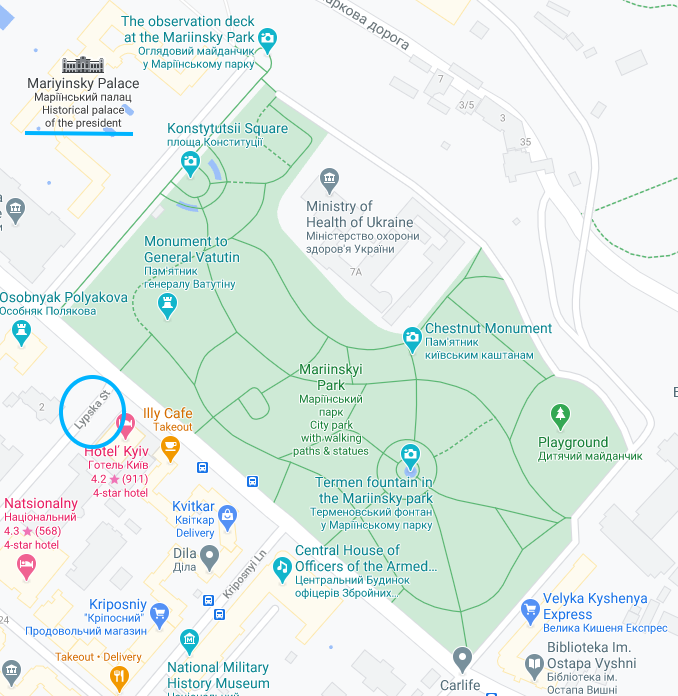 If you really want to save money, you can just visit the palace from the outside and instead wander around the beautiful grounds.

Located along the charming Dnieper River, Mariyinsky Park is one of the oldest and most picturesque parks in Kyiv. Comprised of 10 hectares, nearly 25 acres, the park was founded in 1874 and designed in the English style. Overall, the park is a not only historic to Ukraine but a unique monument of garden art.

For one and a half centuries, it has remained a favored relaxation spot for both locals and tourists. Its charm is not only its amazing landscape, but also the wonderfully cozy and harmonious atmosphere, ideal for leisurely strolls.

The park contains several other points of interest, including a puppet theater, which appears to have come down from the pages of a fairy-tale book, a unique cast-iron fountain over a hundred years old, and the People’s Friendship Arch that symbolizes the union between Russians and Ukrainians. 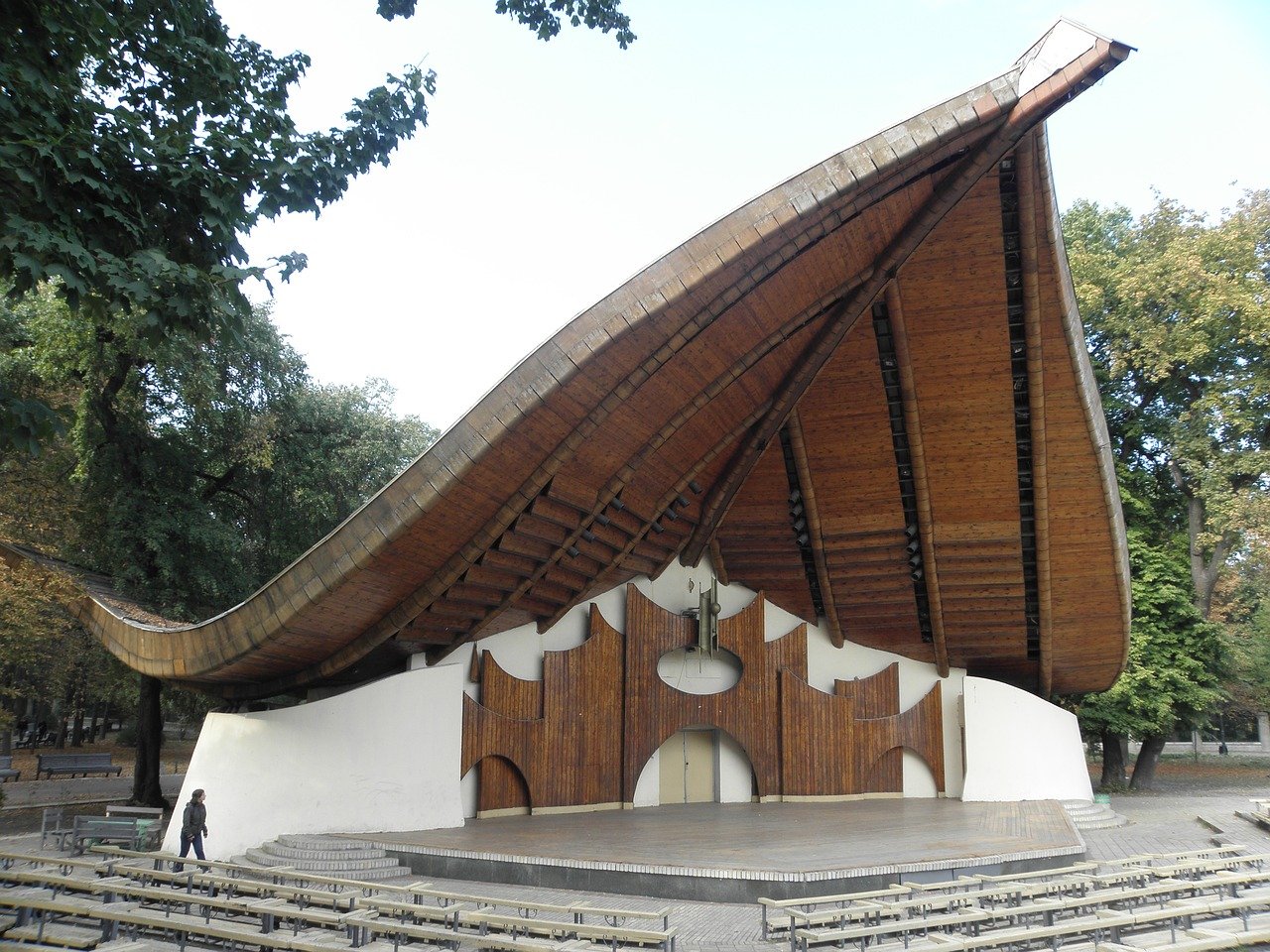 The Mariyinsky Palace and Park are just one of several city parks running along the western side of the Dneiper River. You could spend a lovely day just walking from park to park.

In one of the nearby parks, named Mariinsky Park on Google Maps and City Garden park elsewhere, there is a Water Museum.  Built in the old water tower building, the original collection deals with water circulation in nature. Heading underground, you can tour through exhibits from around the continents: see how glaciers melt and geysers erupt, visit a cave with stalactites, find yourself in a real thunderstorm, or stand inside a huge soap bubble!

Park Bridge officially on Google Maps, the nicknamed Lover's Bridge is a popular attraction in Kiev.  Crossing into City Garden Park, the bridge is known as a place for lover's to place a padlock on the fencing and throw away the key as a sign of their love. Plus, it boasts beautiful views of the river and the city.

From Mariyinsky Park, you can cross over Hrushevsky Street to Lypky, one of Kiev's most historic and exclusive areas. It is home to many important government buildings including the House of Chimeras and the Presidential Administration of Ukraine.

Just inland from the parks and down the road from Lypky is Central Kiev and many other popular tourist attractions. If you want, check out this cheap walking tour with a local. 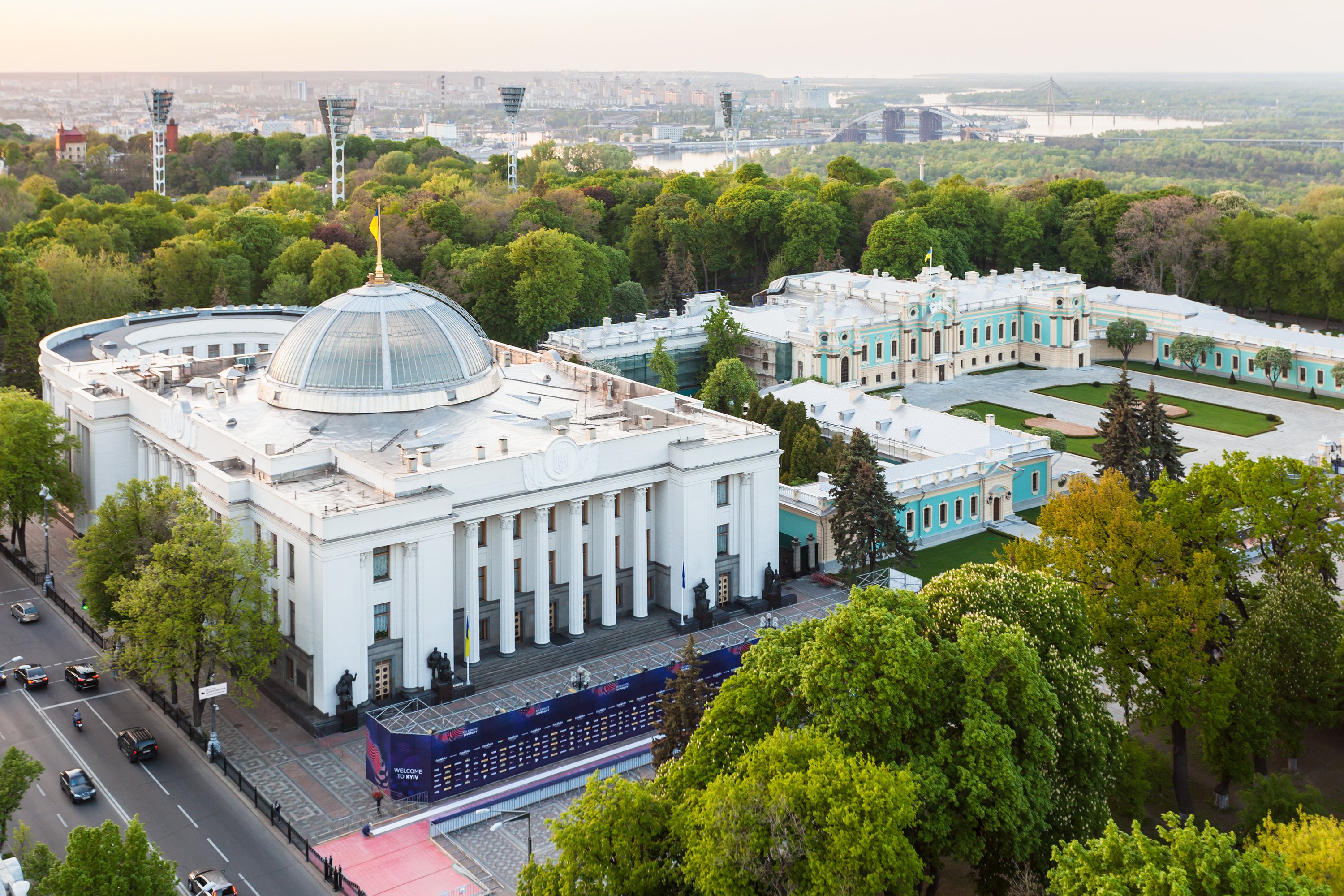 Check out International Language Programs (that's us)! Our volunteers spend a semester teaching English to adorable local kiddos all over Europe, including in Ukraine. Then they get weekends and holidays to explore! So if you want to teach English to sweet kids and spend a weekend (or more 😊) wandering Kiev, apply now!